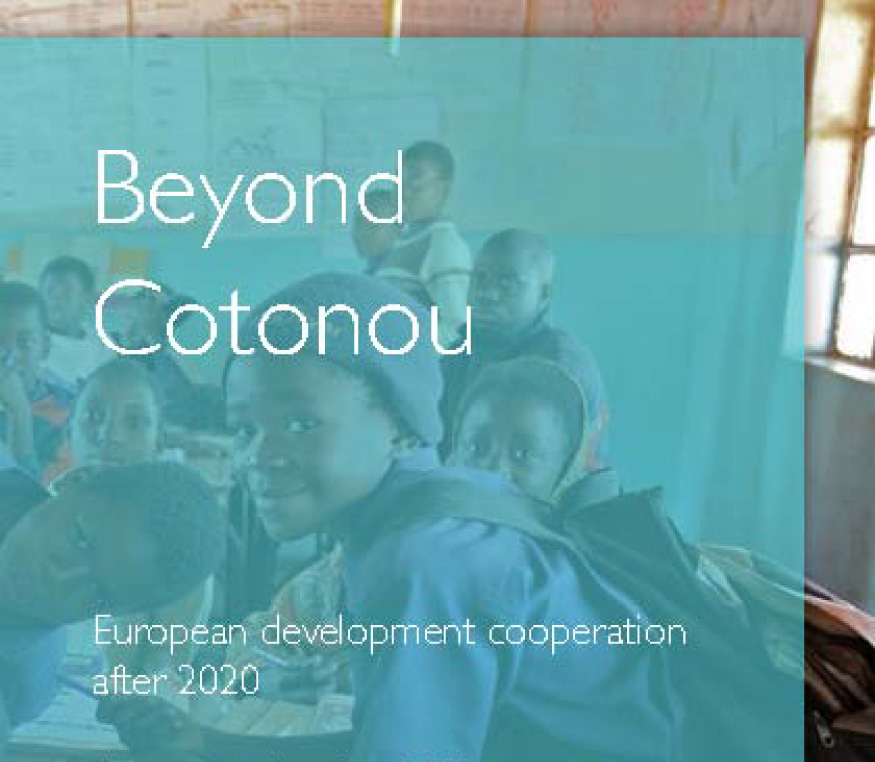 The Cotonou Partnership Agreement from 2000 sets a framework for dialogue between the EU and 79 former colonies in sub-Sahara Africa, the Caribbean and the Pacific for the period until 2020. These EU-ACP relations are currently reviewed to inform new ‘post-Cotonou‘ cooperation from 2020 onwards. The Cotonou Partnership Agreement has been an influential framework for development cooperation and many other ‘global challenges’ were also included in the Cotonou Agreement. The legally binding agreement with formal institutions such as a Joint Parliamentary Assembly, co-management of a European Development Fund and a secretariat of ACP countries in Brussels point to a strong partnership. Also CSOs are specifically coined as important actors in the Cotonou Agreement itself (Articles 4 and 6).

However, new geopolitical realities as well as internal ‘existential questions’ within EU and ACP countries address some specific ‘conditions’ for future cooperation. In this regard it is very important that the EU-ACP relations should be adapted to a new global sustainable development agenda with ‘universal’ Sustainable Development Goals (SDGs) with a stronger focus on Policy Coherence for Sustainable Development (PCSD). As a result, some ‘key issues’ emerge that should be addressed in a future EU-ACP partnership, including effectiveness, democratic legitimacy, geographical scope and complementarity to other regional partnerships.

CSOs need to be involved to inform a future partnership of EU and ACP countries that takes these questions into account. CSO involvement has until now been rather limited due to the top-down character of the Cotonou Agreement, hesitance among CSOs on the effect of Economic Partnership Agreements (EPAs) as well as ignorance on these very technical and Brussels-based discussions. However, looking at the amount of funding and the themes involved in this Partnership,
CSOs could play a stronger role and contribute to the discussions. They can play multiple roles, ranging from advocacy and monitoring to partnering with CSOs in ACP countries as well as helping to transform the relationship to a SDG-proof partnership based on the approach of PCSD. The coming months offer plenty of opportunities for CSOs to become part of the discussions on post-Cotonou EU-ACP relations and inform a future agenda based on the SDGs and PCSD.

Kaleidos Research conducted the study ‘Beyond Cotonou: European Development Cooperation after 2020: a perspective for CSOs’ commissioned by the Ready for Change consortium of Partos, Foundation Max van der Stoel (FMS) and Woord & Daad.